Guge (Koo-kay), the company name is an ancient intriguing kingdom in western Tibet. It holds grand importance for restoring and protecting a waning period of Tibetan Buddhism, its own disappearance a mystery still. Religion and music is at the heart of Tibetan culture. The seeds of Tibetan Buddhism initially came from India but Tibetan music originated directly from Tibetans themselves. What Tibetan Buddhism says about contentment, compassion, and attachments: all of these are heard in the Tibetan folk songs and lyrics of
Guge Productions films. 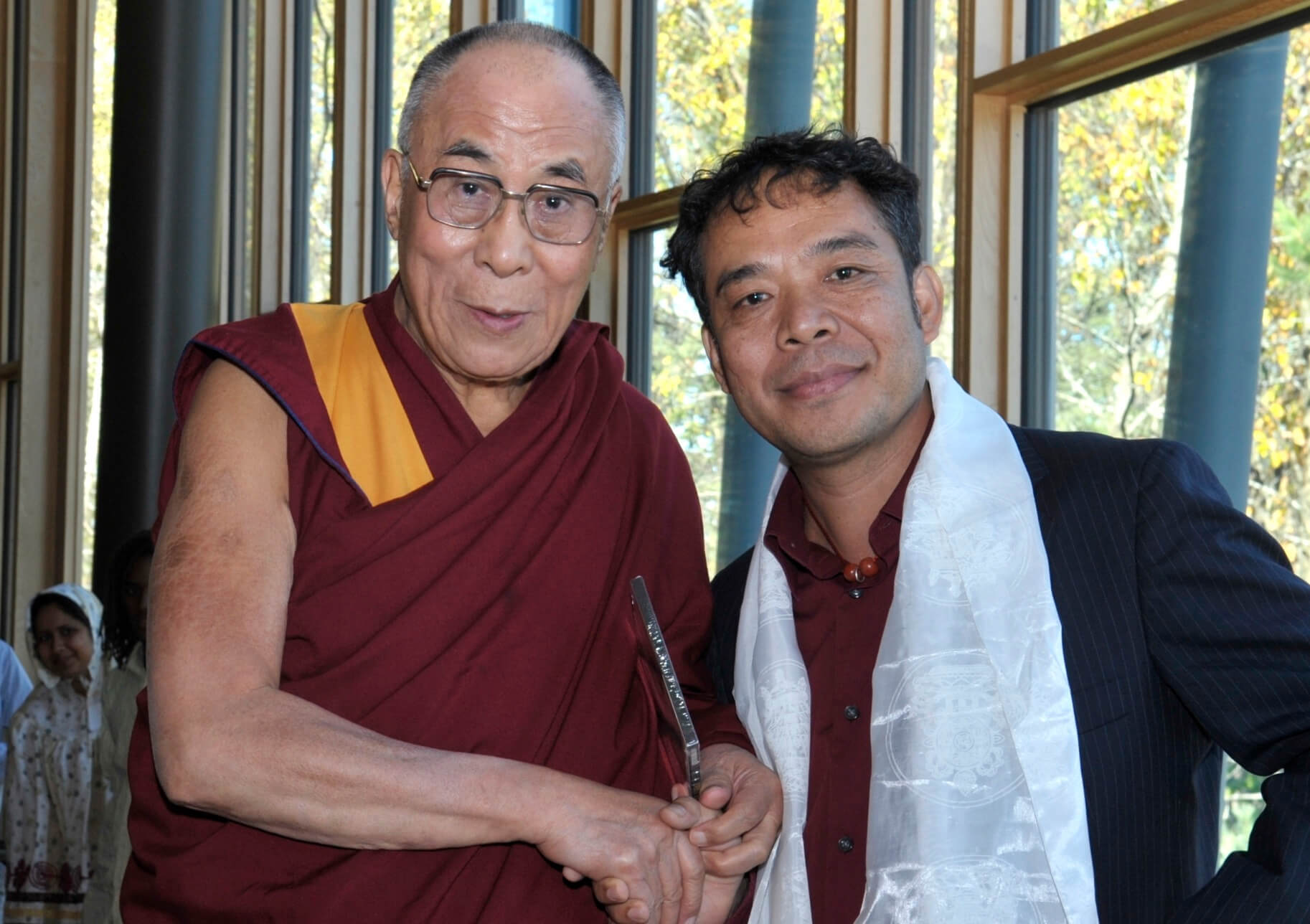 Ngawang Choephel was born in Dawa, a small county in western Tibet. During the height of the Cultural Revolution, at the age of two, Ngawang and his family escaped to India. He grew up in a vibrant Tibetan refugee community in Southern India. Because of his lifelong passion for Tibetan music, he has devoted himself to its preservation and dissemination. Discovering his talent at an early age, he pursued and received a degree in Tibetan Music from the Tibetan Institute of Performing Arts in Dharamsala, India. Arriving in the West in 1994, he became a Fulbright Fellow at Middlebury College in Vermont and continued studies in video production and international music in preparation for the production of his award winning film, TIBET IN SONG. After being arrested by Chinese authorities in Tibet during filming, and his subsequent 6 1/2 years in prison in Tibet, showing resilience in the face of adversity earned him the Courage of Conscience Award from Peace Abbey, which he received in 2002. Upon his release from prison that same year, he was awarded an Honorary Doctor of Arts Degree from Middlebury College, as well as 'Best Act in Exile' award from Lobsang Wangyal Productions for his outstanding musical talent.